A Tale of Two Peaks… The Peak District was the first national park to be created in the UK. Located in the heart of England, the park offers more than 550 square miles of exploration with a boundary that covers areas of Derbyshire, Cheshire, Staffordshire, South & West Yorkshire and Greater Manchester.

Characterised by its distinctive White and Dark Peaks, the Peak District is a magnet for those seeking world-class rock climbing, exciting walking routes and adrenaline-filled cycle trails. With so much to take in, we’ve selected our favourite popular and lesser-known landmarks in The Peak District which are all made for adventure. 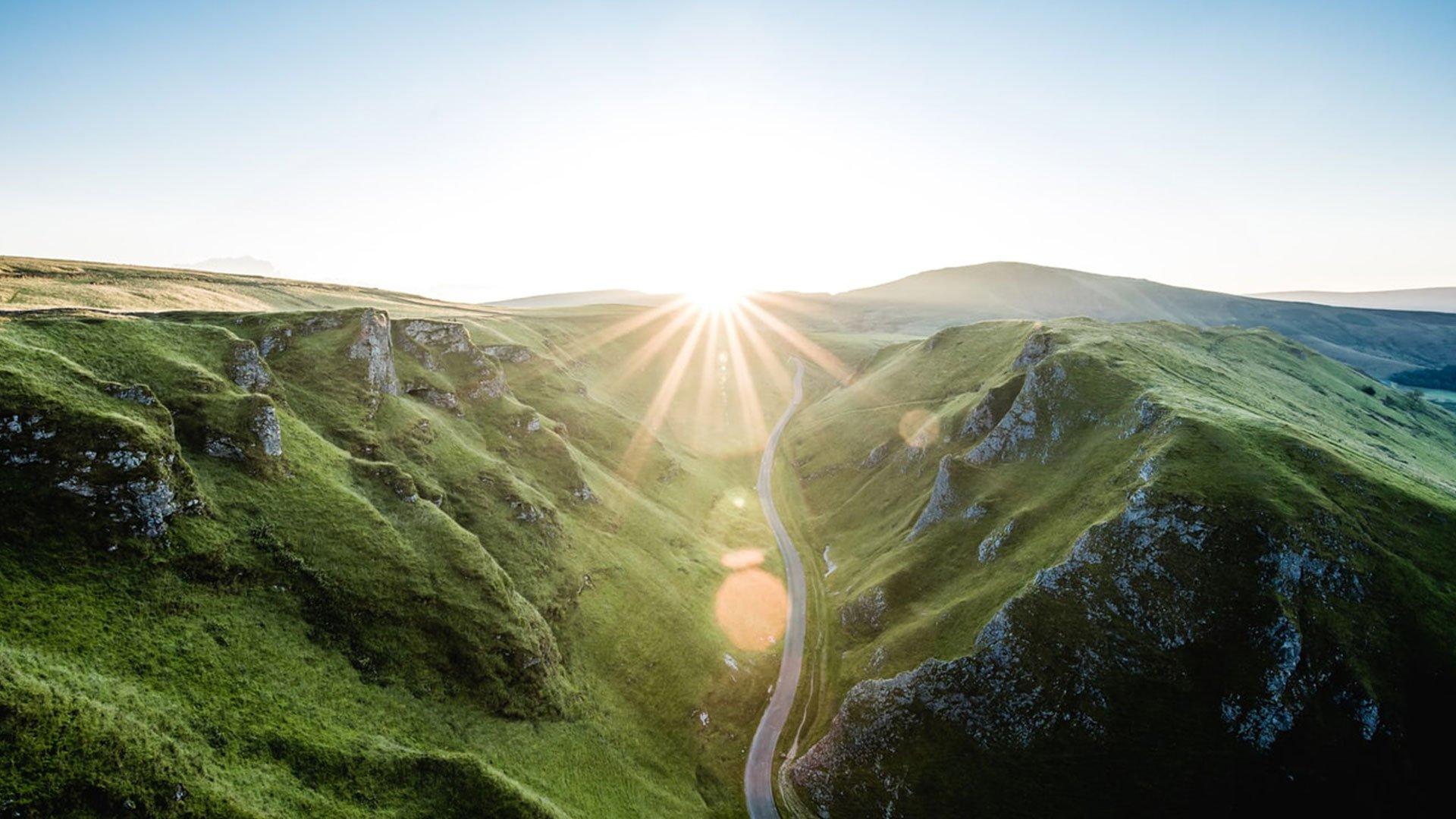 Come with us as we explore the places in The Peak District which are Made for Adventure. From popular attractions to hidden wonders, there's something for everyone.

The Heights of Abraham in Matlock is a 60-acre woodland estate which first opened to the public in 1787. To make the most of the views over the pretty town of Matlock Bath, Britain’s first alpine-style cable car was added in 1984. The attraction offers idyllic views of the Peak District and Derwent Valley. Playgrounds, picnic areas and café terraces make the area ideal for families and day-trippers looking to reach new heights. Alongside the spectacular cable car experience, you can also delve into the mining history of the area by exploring the Great Masson and Rutland Cavern. 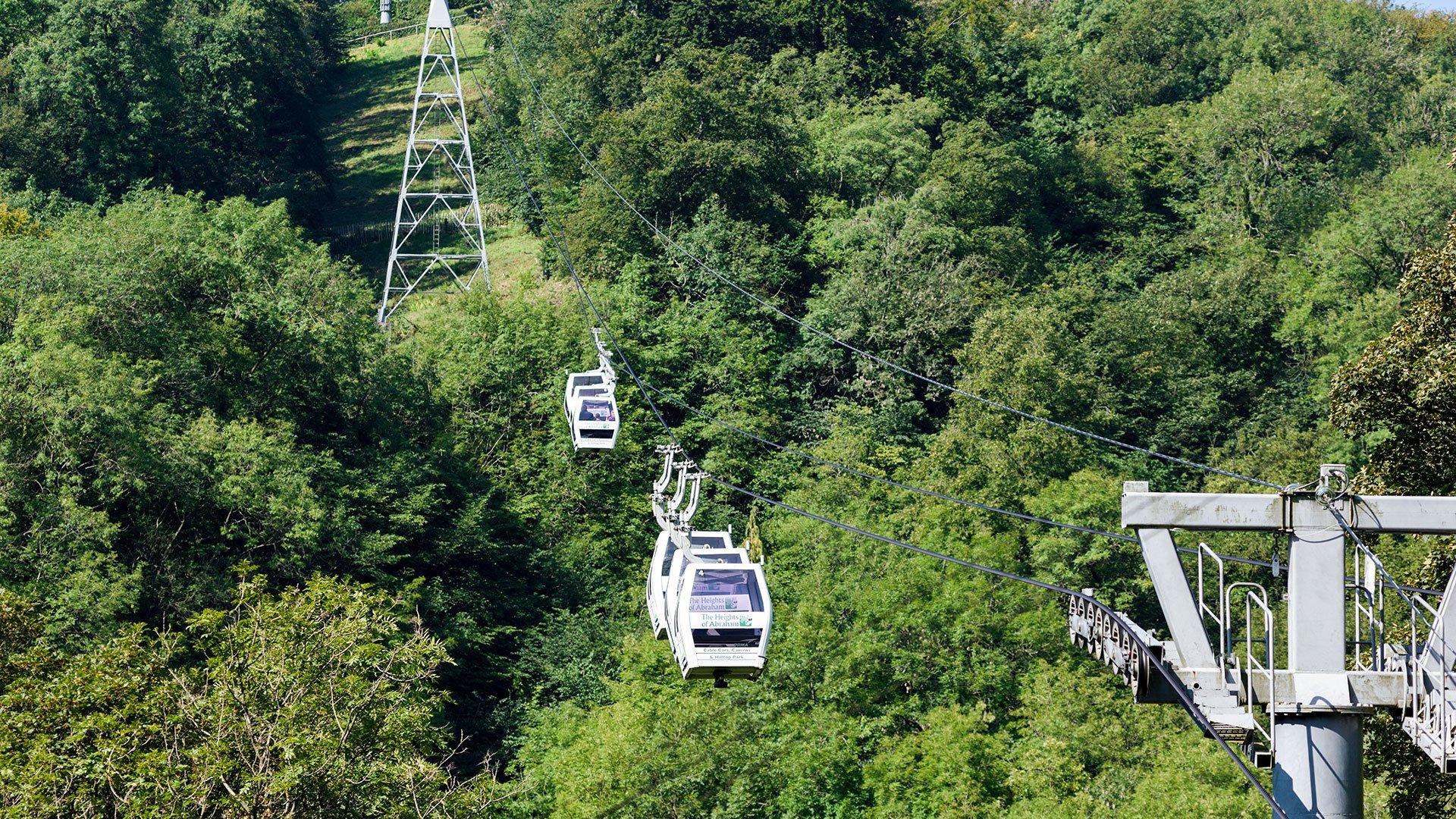 Known as the gateway to Staffordshire’s Peak District, The Roaches is a haven for climbers, walkers and nature-lovers. The towering rock faces and untamed heather-covered hillsides offer up breath-taking panoramic views and terrific walking trails. The monolithic gritstone ridges are cherished by technical climbers; whilst the lowland boulders can be enjoyed safely by families. The Roaches are also the playground for many rare and wild species of national importance including green hairstreak butterflies and peregrines (the fastest bird on earth). This area is shrouded in mystery and intrigue; most notably Lud’s Church, The Winking Man and Doxey Pool. Up on the gritstone the winds can be strong so ensure you stay clear of the edges and on a clear day you should be able to see much of Cheshire and all the way to Snowdon. 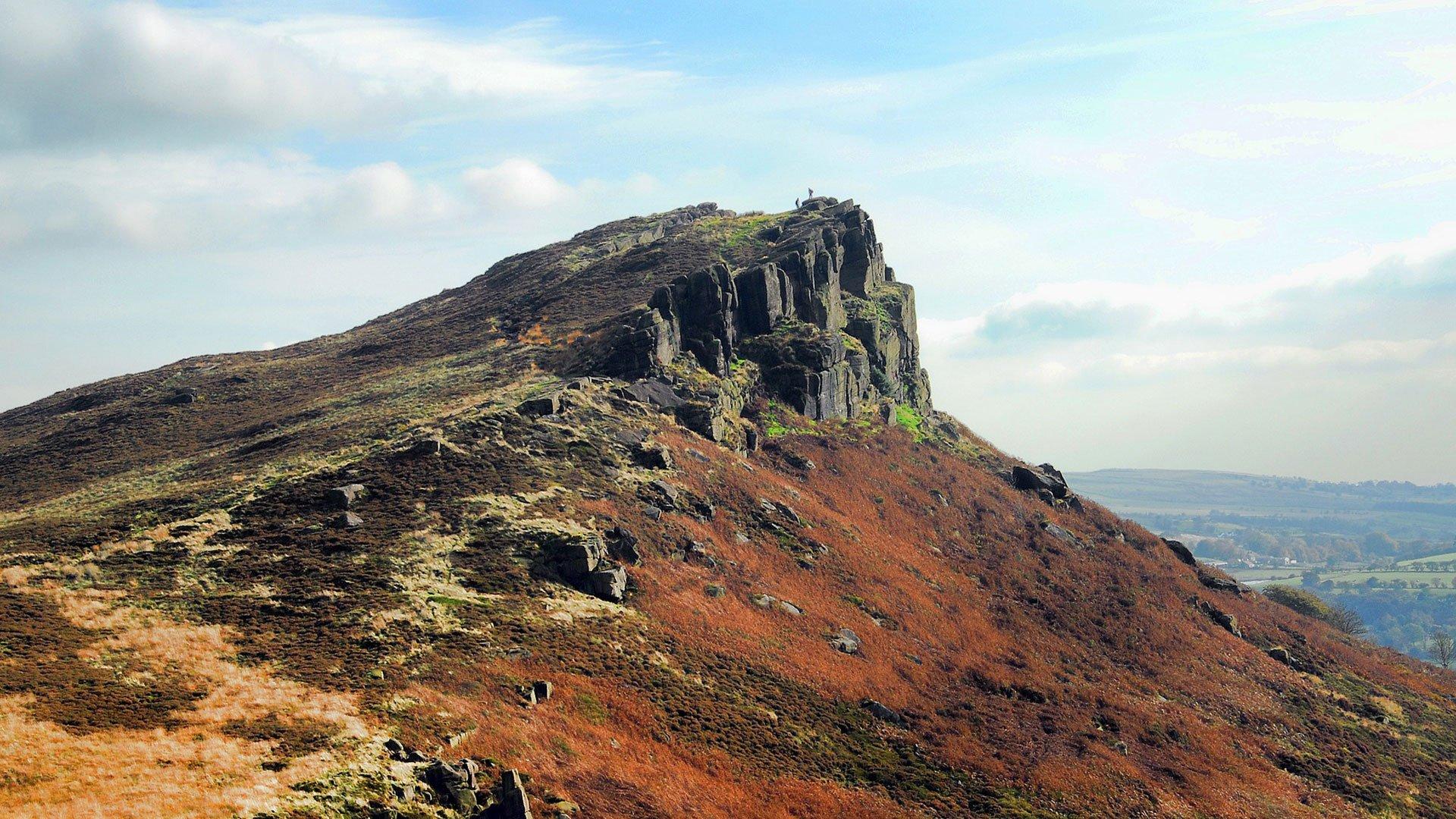 If spooky tales of intrigue and suspense get your heart racing, then Lud’s Church is a ghostly area to add to your list. Situated close to The Roaches within the depths of the Back Forest, this deep, moss-covered chasm within the Millstone Grit bedrock is approximately 100 metres long with walls 18 metres high. Historically the chasm was used as a secret place for worship by the Lollards, followers of the early church reformer John Wycliffe. Historians believe the name comes from Walter de Lud Auk who was captured at Lud’s Church during one of their meetings. Our favourite myth tells of how Robin Hood and Friar Tuck hid from the authorities here. Let your imagination run wild as you explore the legends and lives held within the rock. If walls could talk ‘eh! 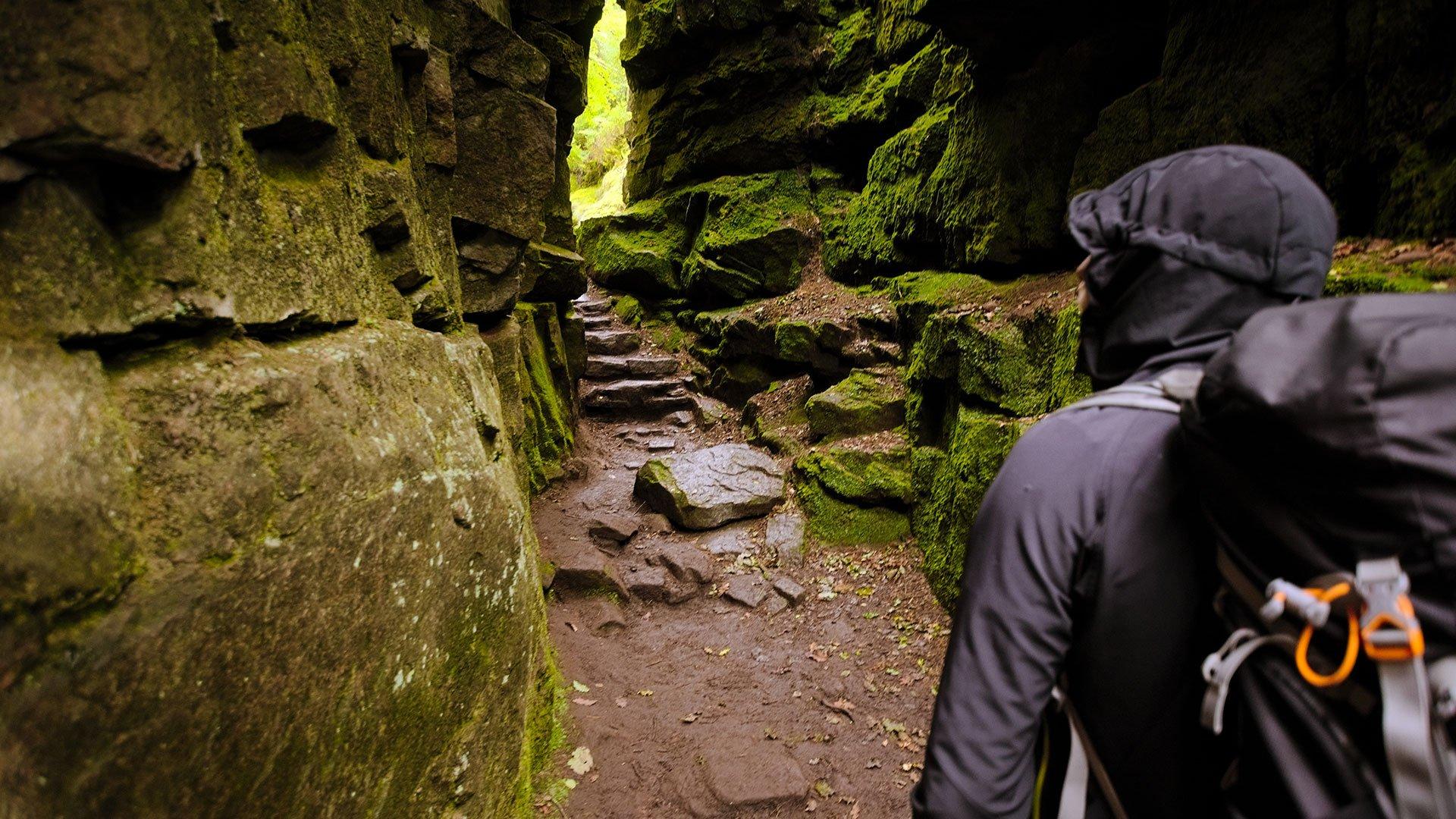 Nestled in the North Derbyshire countryside is Chatsworth House, the elegant seat and home of the Duke of Duchess of Devonshire since 1549. Unlike many stately homes in England, Chatsworth House remains the home of the Cavendish Family, but is open to the public with much to do and see. Its position on the east bank of the River Derwent provides outstanding views across the parkland out to Derwent and the Wye Valleys. Enter the house and you’ll find a prized collection of paintings, sculptures and furniture. Although we recommend visiting the house, it is the gardens and surrounding parkland which many come to explore. From the great lawns, fountains and formal gardens, to the dense woodland, walking trails and parkland, there is 1,822 acres of stunning green spaces to experience. 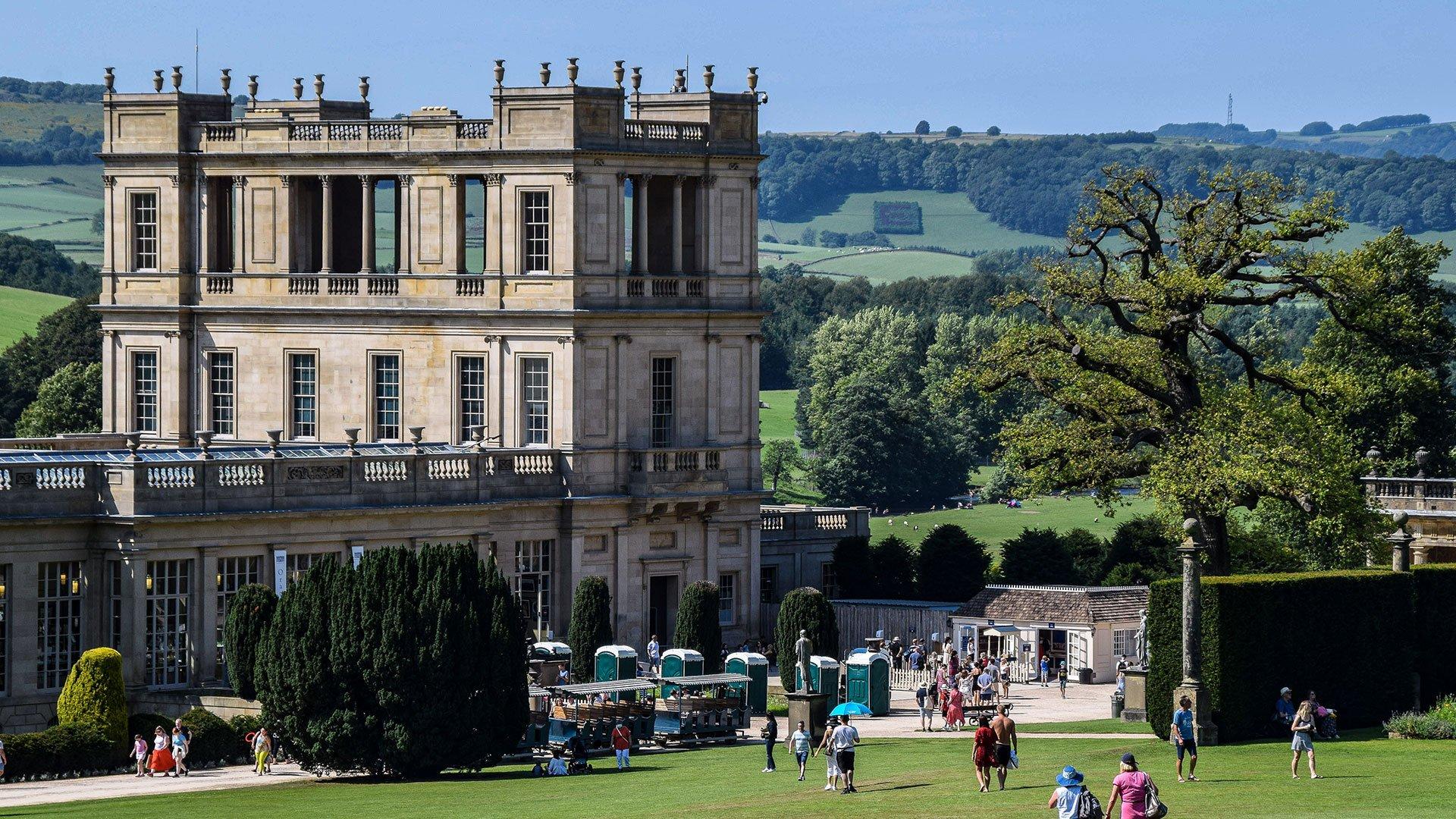 A short walk following the River Wye near Buxton lies Chee Dale, a hidden steep-sided gorge surrounded by imposing limestone cliff edges. Just a stone’s throw from the Monsal trail, this hidden gem offers quiet tranquillity and a space to reset. The best place to enjoy the delights of Chee Dale is within the gorge where there is a footpath and stepping stones which are placed along the bank. The stepping stones are a great adventure for kids and big kids alike. The Chee Dale is a protected nature reserve, home to dazzling and rare plants including purple Orchids and the rare Jacobs Ladder plant.

Located on Stanton Moor, the Nine Ladies Stone Circle is an archaeological wonder dating back to the Bronze Age, around 3,000 to 4,000 years ago. Discovered and recorded as a monument in 1782 by Major Hayman Rooke, the reason for the 11.5 x 10.5 metre stone circle, like many other stone circles across the UK, is unknown. Speculation suggests they could be a place of ceremony or burial, a place of gathering for seasonal events, a territorial marker or even a location linking the living and the dead - spooky! Despite the name, there's actually 10 stones in the circle, although one has collapsed, adding to the mystery of this landmark. A great place for all the family to enjoy, this stone circle offers exciting history and spectacular views across rugged heathland moor; just a few miles from the Peak District hub of Bakewell. 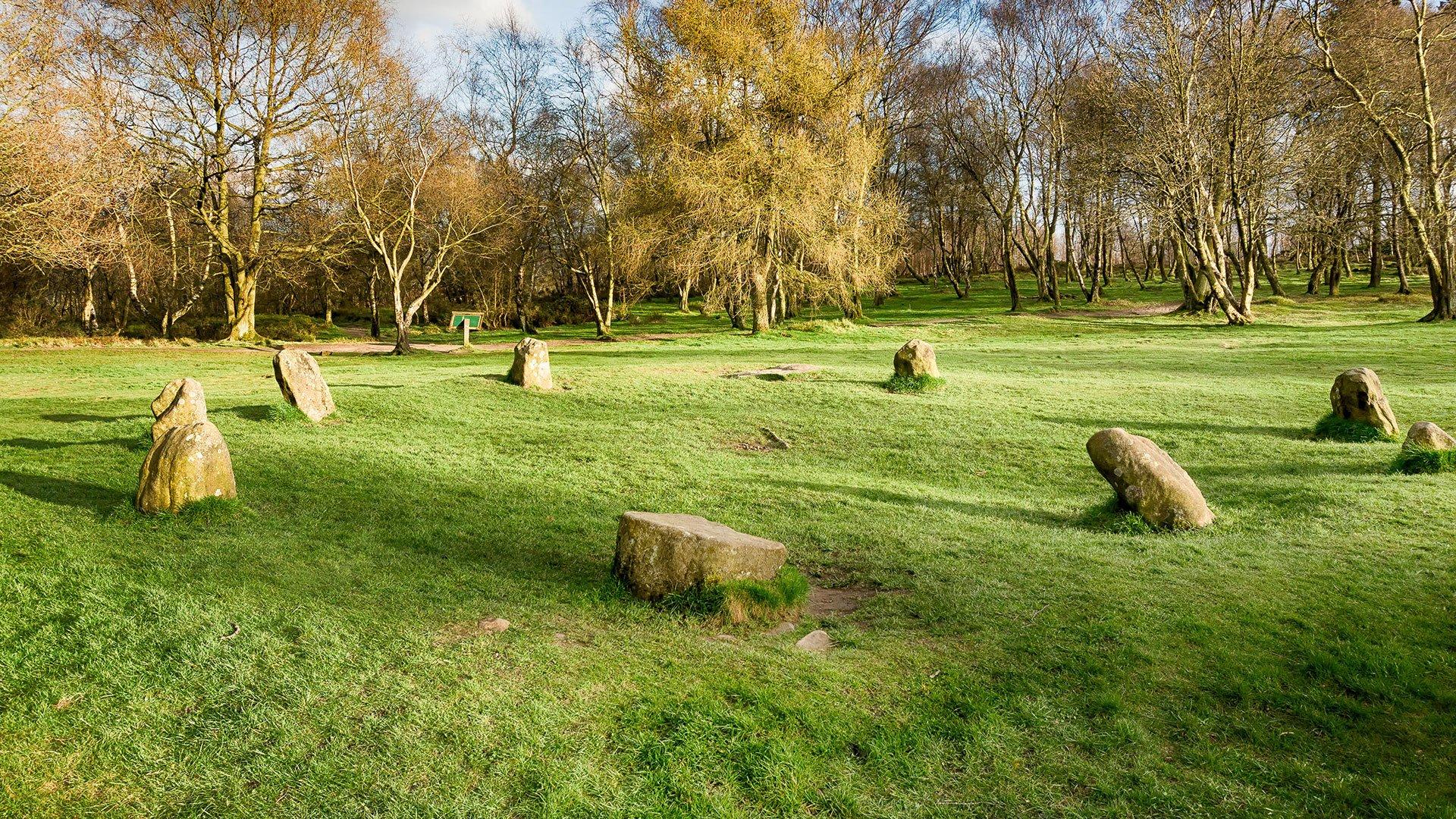 The 'Plague Village' of Eyam

Epidemic, quarantine and social distancing are nothing new. On 1st November 1666, farm worker Abraham Morten took his final breath, the last of 260 people to tragically die from bubonic plague in the remote Derbyshire village of Eyam. The plague came to Eyam in a bale of cloth sent from London and it quickly started to spread through the community. A newly appointed rector, William Mompesson in 1666 took the incredible, but controversial decision that the village should be quarantined to prevent the plague spreading beyond the village. The Earl of Devonshire from nearby Chatsworth House promised to send food and supplies if the villagers took action. Although Mompesson and many of the village perished, their legacy and bravery lives on in memorials, museums and even a stained glass window in St. Lawrence Church. 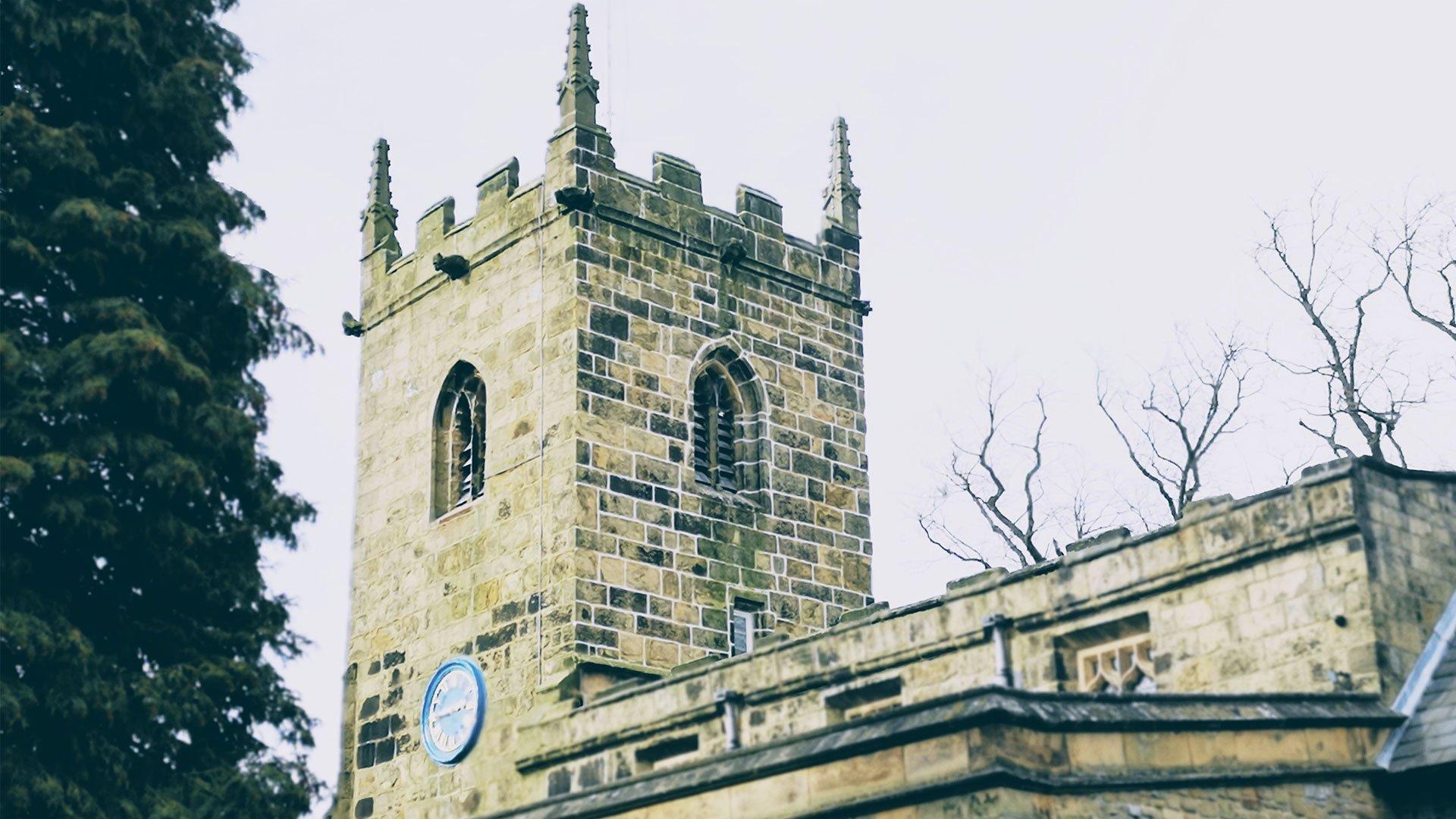 Close to the Derbyshire town of Matlock lies the small wooded valley of Lumsdale; home to the Bentley Brook, a waterway which since the late 16th Century supplied power to a series of mills. This historical and beautiful site has been preserved to show how the incredible force of the water supported six mills and allowed an industry to flourish which sustained the local community for generations. The area is great for those interested in history, wildlife and walking, with a number of routes leading you through the valley and what is left of the Cromford Mills. The Valley and waterfalls can be reached on foot from the town of Matlock, and buses run regularly close to the site. The Lumsdale Valley is one of the best examples in Great Britain of a water-powered industrial archaeological site. 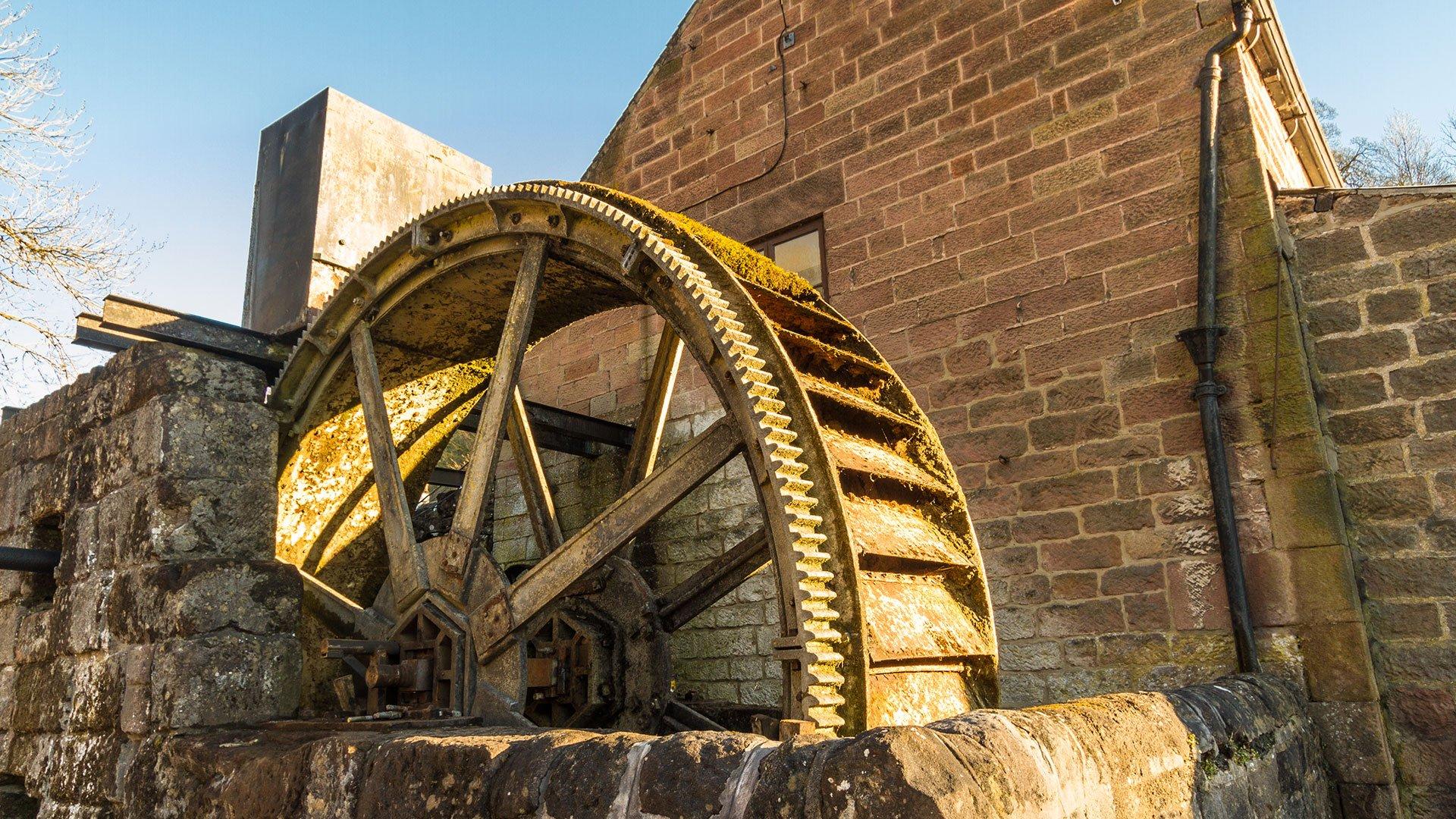 One of The Peak District’s most iconic landmarks, Thor’s Cave is a natural cavern found within the Manifold Valley of the White Peak in Staffordshire. Venture just outside the village of Wetton and you’ll uncover the natural cavern set within a steep limestone crag. It’s magnificent arched entrance is easily visible from the footpath and not too challenging to reach. Evidence has been found of human occupation during the latter Stone Age (approx. 11,000 years ago), and went on to be used through the Iron Age and Roman period. The best part of Thor’s Cave is the breath-taking views out from the cave over the valley; just be careful on the uneven rock, especially when wet. There are picturesque walking routes within the surrounding area which take in the landmark, namely a circular route from the nearby Wetton Mill. 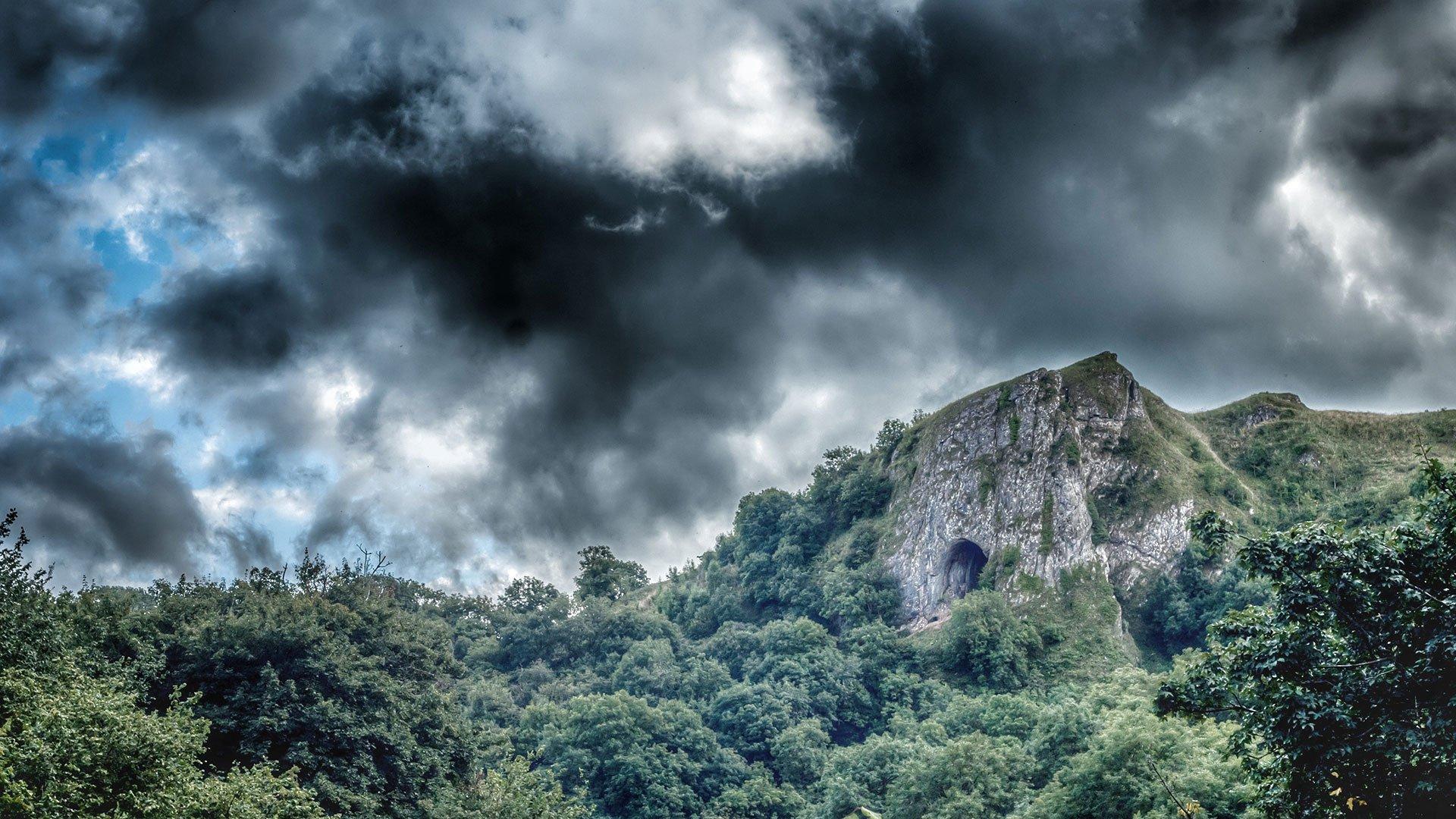 Recommended Routes in The Peak District

The Peak District is made for adventure. So where will you explore first? Share your snaps and tag us in your adventures using #mymillets. 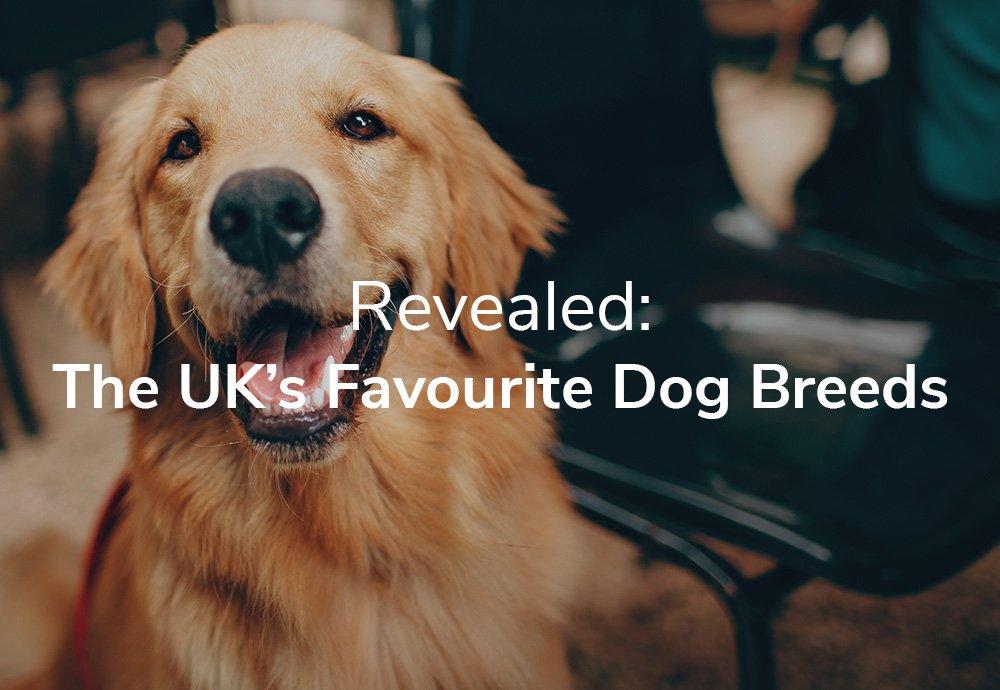 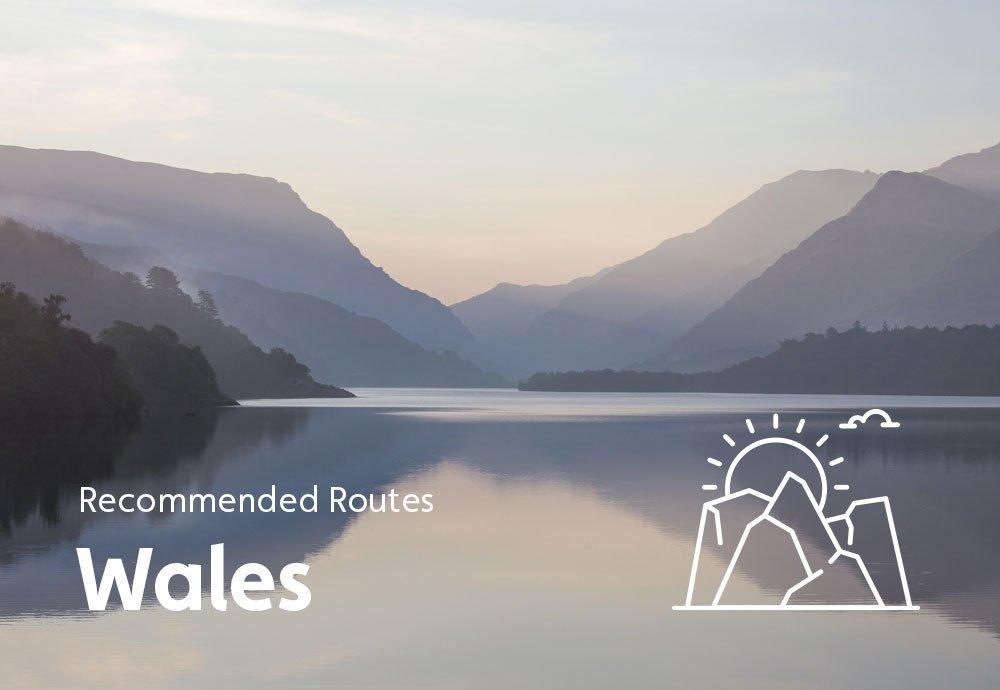