The Future of Festivals

2020 has brought the events industry to a sudden halt, with venues being forced to close all over the country, concerts and gigs being postponed until 2021 and festivals being cancelled all together for the year.

The coronavirus pandemic, and the lockdown that swiftly followed, has taken a toll on everyone. However, this industry closure has had a major impact on festivals especially, with organisers taking huge financial hits and leaving them worried as to how they may revive themselves. And so with that in mind we wonder, what does this mean for the future of festivals?

The 2020 festival season was lined up to be a belter! With line-ups for Glastonbury, Isle of Wight and many more announced, it was shaping up to be an unforgettable year. Unfortunately, that was when things took a turn for the worse. Following the announcement from the government of the lockdown, social distancing guidelines and the ban of mass gatherings, it quickly became apparent that the 2020 festival season was a lost cause.

Eventually every festival followed the governments advice and cancelled. Some took alternative routes to postpone or downscale their festival but ultimately, they also ended up cancelled. The boss of Isle Of Wight Festival, John Giddings, said the decision to cancel their festival was “tragic but a no-brainer” when you consider the gravity of the situation and how social distancing simply wouldn’t work in a festival atmosphere.

Festivals would’ve taken huge hits from the cancellations. Making it a very difficult time for organisers. “If everything’s not OK by next year then we’re all out of business” one organiser has said. Many festivals will face some serious financial troubles that could leave some lasting damage if things don’t get back in order by next summer, especially for some independent festivals, who rely on the profits from the previous year to keep going, for them it may be too late. Fortunately, however, Covid-19 cases do continue to fall and the lockdown restrictions are continuing to be eased bit by bit, painting an optimistic picture for 2021.

Even though there’s no festivals this summer to actually go to, it doesn’t mean you’re completely without them! There’s been plenty of virtual festivals already taken place this summer that you can tune into from home, such as Isle of Wight festival broadcasting the best sets from previous years on TV when festival would’ve been taking place. With performances from David Bowie, Fleetwood Mac, Coldplay & many more! So you can rock out all from the comfort of your couch.

We’ve also been doing our bit by teaming up with Tentlife to bring you Home Fest 2020. We’ve also created this neat little guide on How To Turn Your Back Garden Into a Festival, so you don’t have to go a full year without.

A Glimpse into the Future

If all goes to plan, by next summer, social distancing won’t still be in place, things will be back to normal and festivals can resume as intended. But what if we still need some caution? A company has unveiled plans for a ‘protection suit’ called the Micrashell, that allows festivalgoers to still attend whilst taking necessary steps to prevent the spread of the virus.

The half-suit is said to “take your safety and security in terms of being close to airborne particles or viruses to the next level”. The design includes a helmet, filtration system and some funky LED lighting and despite its futuristic design, it features cannisters that can be snapped in to allow drinking or vaping.

It’s a far-fetched concept, and one we don’t think we’ll see many of, but it’s enlightening to see some of the ideas coming forward on how to proceed with festivals next summer.

How Festivals are Preparing for 2021

It’s still all so unclear exactly how festivals are going to go next year, or whether they will at all. But organisers seem optimistic and have already been putting steps in place for a strong comeback in 2021. With many festivals rolling over their tickets so people can guarantee their spot next year, it’s helping keep them afloat by covering whatever costs they have to pay out this year.

Some festivals have kept the line-up that they put out this year also, such as TRNSMT festival, making it the exact same festival, just a year later, so if you bought a ticket, you won’t be missing out on anything you signed up for. Other festivals like Y Not have been arranging their line-up on a case by case basis, trying to get as many of this year’s performers to agree to perform next year.

It’s Not All Doom & Gloom

Despite the fact that 2020’s summer of festivals has been a pretty bleak and non-existent one, it’s important to highlight some of the positives in the world that are all currently contributing to festivals reparation. For starters, vaccine research is rapidly increasing with the government putting millions behind research and trials. This is possibly the most important thing in the world right now, the sooner we get a vaccine, the sooner we can start getting back to normal.

More and more medical breakthroughs are being made every day now as well. With new medications and treatments being rolled out to prevent the spread of the virus and flatten the curve. All this is going on whilst the number of cases is dropping day by day, and we’ve already seen the first signs of the world starting to return to normality.

We’re optimistic that festivals will return with a bang in 2021, and as bars, pubs and other areas of the hospitality industry prepare to re-open up and down the country and social distancing measures are tweaked, we could start seeing some big questions being answered on how festivals will fare in this Post-Covid world.

Ben ConroyAuthor
Ben is passionate about the beauty of the outdoors. Stargazing, sightseeing and outdoor photography hold a special place in his heart. Now that beauty is at risk he’s keen to take a stand to try and fight back against this Climate Crisis. In his free time, Ben is a music fanatic. If there’s one place you can find him, it’s at a festival. Plus, he plays guitar, bass and piano, as well as producing his own electronic & UK Garage tracks. He’s also a regular at every Wetherspoons in his local area, so if you ever see him around, pull up for a pint? 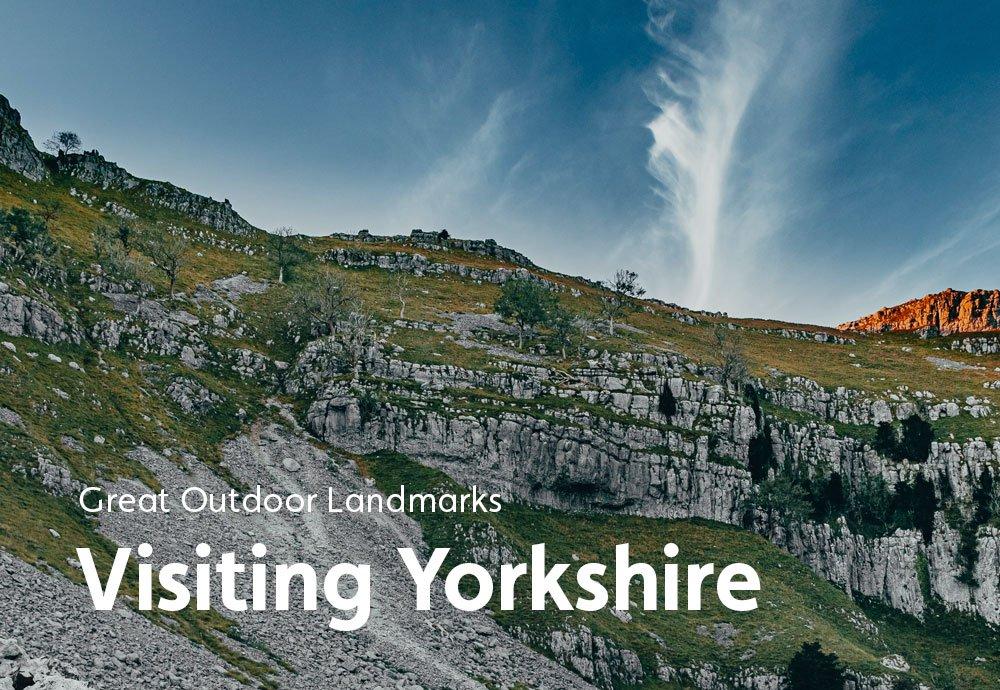 The story of Yorkshire is one of mythical moorlands and windswept wildness, combined with rural industries and immense beauty. The phrase ‘God’s Own Country’ is most famously used to describe England’s largest county. We explore great landmarks in Yorkshire which are all made for adventure. Read more28-04-21 • Jack Kelly

Camping Through COVID | Your Questions Answered

As we head into spring and summer, staycations remain the most feasible holiday option. You’re probably desperate to dust off the tent and get camping again, even if it's likely to be a slightly different experience compared to years gone by. While life as a whole won’t be totally ‘normal’... Read more26-04-21 • Cameron Sims